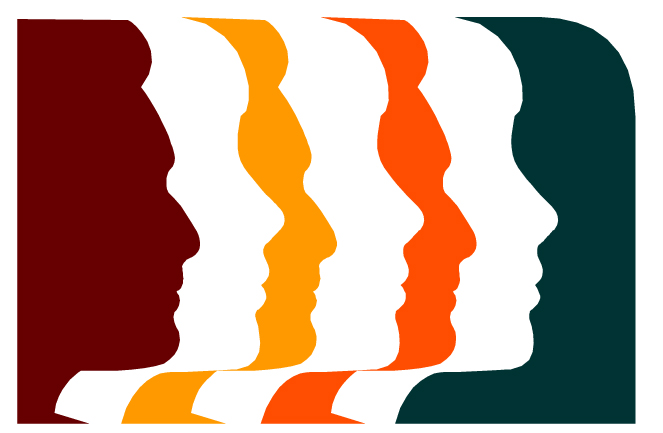 Respect For All (RFA) Anti-Bullying

The NYC DOE and LaGuardia Arts are committed to maintaining a safe and supportive learning environment that is free from harassment, intimidation and/or bullying.  We do not tolerate and form of discrimination based on actual or perceived race, color, citizenship/immigration status, religion, creed, national origin, disability, ethnicity, gender, gender identity, gender expression, sexual orientation, or weight.

Our "Respect For All Liaisons" are Ms. Contreras, Mr. Pappas, and Mr. Vogel.  Reports of student-on-student discrimination, harassment, intimidation and/or bullying can be made to a RFA Liaison.

Any student who believes that they have been the victim of discrimination, harassment, intimidation and/or bullying by another student should report the incident to the RFA liaison or to any other school employee. Students who witness or have information may also report the incident.

Students may make a verbal or written complaint.  Students may also contact the Office of School and Youth Development (OSYD) by e-mailing the report to RespectforAll@schools.nyc.gov.  This is done when a student feels uncomfortable making a report to a school staff member.

Parents may report student-to-student discrimination, harassment, intimidation, and/or bullying verbally or in writing to the principal, the RFA liaison, or by e-mailing RespectforAll@schools.nyc.gov. Such reports must be handled pursuant to the procedures in Chancellor’s Regulation A-832.

The Discipline Code prohibits students from bullying other students for any reason, including taunting and/or intimidation through the use of epithets or slurs involving race, color, ethnicity, national origin, religion, gender, gender identity, gender expression, sexual orientation or disability. This policy is in effect on school grounds, school buses, at all school-sponsored activities, programs, and events.

Sexual harassment in any form is a violation of Chancellor’s Regulations A-831.  It will not be tolerated.  Any student who believes that they have been the victim of sexual harassment by another student should immediately report the incident to the Deans Office.  Sexually harassing behavior may take many forms, including but not limited to:

What You Can Do About Bullying…

…If Your Child is the Target

LaGuardia Arts Respect For All liaisons are Mr. Fogel and Mr. Pappas.  Assistant Principal Brummell may also assist you.  You may also contact any administrator or guidance counselor.

The Discipline Code lists many items that are prohibited in schools. These include any sharp instrument such as a blade, box cutter, utility knife, etc. regardless of its purpose. It also includes any sharp-pointed instrument which can be used or is intended for use as a weapon.  Examples include scissors, nail files, broken glass, and chains.  Students are also not permitted to carry cigarettes of any kind, lighters or matches in school.

We occasionally allow students to work with special implements in their arts classes. These implements will be supplied for your use in class only. There is no need to carry these items around with you outside of the classroom. Prohibited items include any type of permanent marker or sharpies.  This includes tools such as pocket knives. Students found with such items face disciplinary action and any such items will be confiscated.

Items prohibited by the Department of Education or interfere with instruction or the safe and orderly operation of the school will be confiscated.  Items not picked up within a reasonable amount of time will be disposed of.  Certain confiscated items may be returned only to a parent. Such items are stored with the Deans or AP Security.

Examples of prohibited items include:

Clubs, sticks (any items that can be construed as a weapon)

Any item that could result in endangering others or creating a disturbance on campus.  This items include fireworks, raw eggs, water balloons, water guns, noise-making devices.

Intoxicants - any drug, prescription or otherwise or alcohol. 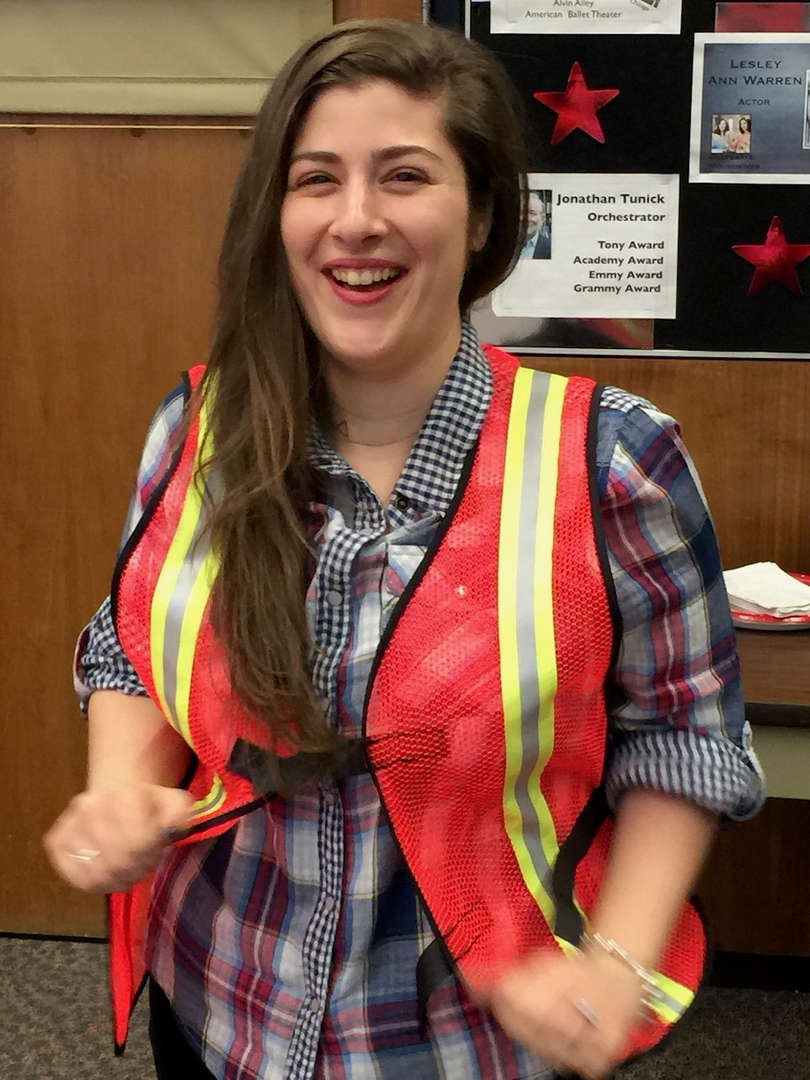 All school rules apply during the entire drill and in the event of an emergency.  Please remember no hats, electronics, cellular phones, or eating are allowed.  Items will be confiscated by the teacher or other staff at any point during the drill.

In a quiet and orderly manner, students will make two lines outside the classroom door.

The teacher is to be at the front of the line leading the students down the stairway quickly, but quietly, outside the building to the designated safety zone.

Students must remain with their teacher.

Attendance will be taken by the teacher.

Students are to maintain order, silence, and stay alert to any announcements, instructions, or information given.

Upon hearing ‘all clear’ signal, teachers will lead their students as they re-enter the building and return to the classroom.

The key to a successful fire drill:

All students must respond silently and immediately to directions during emergency drills or actual emergencies of any kind. Any student who does not cooperate is endangering the safety of students and staff.

If the building is evacuated, you will be directed to a central meeting area where you will assemble according to your OP class.  This will help us locate you in a timely and efficient manner.

Fire alarm boxes are designed for easy access for the safety and well being of all building occupants. False alarms endanger the lives of students and staff. Any student who pulls a fire alarm falsely is in violation of state and city law, and will be suspended from school and subject to arrest and prosecution.

You have the right to determine your own attire unless it interferes with the educational environment or may be dangerous.  Students must dress appropriately and not wear suggestive clothing.

The LaGuardia Arts dress code has been devised to promote a positive learning atmosphere, as well as for your own personal safety as you travel to and from school.  All attire must be safe and not disrupt or interfere with the educational process. To clarify the dress code guidelines, these are some of the specific items that may cause distraction:

Flip flops, sandals, and shoes without backs are not permitted to be worn in the building and a potential tripping hazard as this is a safety concern for our students.

Shorts must reach the tips of the fingers when arms are extended and placed at your sides (no short shorts).

No excessive cleavage visible while standing or seated (on the top or bottom).

All dresses, shorts and skirts must be no more than 3 1⁄2 inches above the knee cap and should be of equal length in the front and the back (the same length as your La! ID card held vertically from the knee cap). If leggings are worn with a skirt, dress or shorts the policy is still in effect.

Shirts must cover your shoulders, back and chest. No tank tops, camisoles or spaghetti strap shirts.

Your midriff must be covered, and undergarments must not be visible.

Clothing that is suggestive, lewd, or with pictures or slogans that are obscene, promote drug use or other illegal behavior, or that degrade religion or race or sexuality are banned.

Head coverings, including bandannas are prohibited except for religious observance.

Hats will be confiscated.

Any other mode of dress which is deemed offensive by school officials or which interferes with the educational process is likewise prohibited.

A person cannot use, possess, or provide any banned substance including alcohol on school property or at any school-sponsored activity.  This includes being under the influence.  School activities include trips or proms. Violators will be subject to suspension.   Appropriate cases will be referred to the proper authorities.

Smoking/Vaping is prohibited in and around the school building and is a violation of New York City law.   Using, possessing, transferring, or being under the use of

A student’s person and possessions may be searched.  This includes electronic devices.  School officials have reasonable suspicion to believe that the search will turn up evidence that the student has violated or is violating either the law and/or school rules.  Please see Chancellor’s Regulation A-432 for information regarding the process of conducting searches.

Student lockers are the property of the Department of Education.  Lockers may be searched when there is reasonable suspicion to believe the lockers contain evidence that the student has violated or is violating the law and/or school rules and regulations.

You may own the items.  You may have found the items on your way to school.  You may not know how you came into possession of the items. You may be holding the items for someone else.  You may intend to use the item after school.  It does not matter.

Anyone who defaces or destroys school property will have to either repair the damages and/or make financial payments.  The person may be suspended and/or arrested. An entire group will share the cost if the damage is caused by a group.  This applies to anyone destroying or damaging personal property.

Conference Days are usually held twice a month.  Students must leave the building as soon as possible and not linger in the hallways.  All after-school events will be canceled on conference days.  Specific exeptions may be granted in advance.  This is because teachers and other staff will be in meetings. This means there will be no staff available to supervise rehearsals, practices, or other such activities.

Students are subject to the DOE Discipline Code.  Students may not participate in school trips and activities.  The timeframe begins when discipline is first sought until the issue is resolved.  Curricular, extra-curricular, and co-curricular activities may be affected.  Performances, rehearsals, and exhibits are included.  A student may be excluded from prom or graduation if there.  The school also reserves the right to withdraw school awards.

Get real time school updates on your mobile device with eChalk Notify.

Connect with code UESOGO to get instant alerts or log in with your eChalk user account for the latest updates from all your classes and groups.